Intelligent speed assistance – does it work?

The importance of making future in-vehicle safety technologies standard on new cars has come under the spotlight this week ahead of the vote in the European Parliament on new vehicle equipment. Intelligent speed assistance is just one aspect under review. But is this the answer?

Research published by the European Transport Safety Council (ETSC) has shown that speeding remains a significant problem in many European countries, with the organisation highlighting that Intelligent Speed Assistance (ISA), a driver assistance system that’s already available on models including various Fords, is the key in-vehicle safety measure for tackling the problem.

Although the ETSC said that higher levels of enforcement, improved infrastructure and credible speed limits are also needed to comprehensively cut down speeding, it’s estimated that simply making ISA mandatory could eventually reduce deaths on European roads by 20%.

Technology like this will clearly help to reduce accidents. However, the culture of your drivers needs to be looked at to see how integrated safety programmes can be introduced that work for any vehicle.

The findings have led the ETSC to renew its calls for overridable ISA to be made a mandatory technology on all new vehicles from 2022. The European Parliament’s Internal Market (IMCO) Committee will vote tomorrow on critical new EU vehicle safety standards, including ISA. The entire package of vehicle safety measures is expected to prevent more than 25,000 deaths between 2022 and 2037, but must be adopted in its entirety to do so; the ETSC has already expressed concerns that the European car industry is trying to ‘cherry pick’ technologies.

Graziella Jost, projects director of the European Transport Safety Council (ETSC), said: “500 people die every week on EU roads, a figure that has refused to budge for several years. And driving too fast is still the number one killer. It’s very simple: if we want to bring down the number of road deaths, we have to tackle speed effectively. Right now, the EU has a once-in-a-generation opportunity to make a massive difference. Including overridable Intelligent Speed Assistance (ISA) on every new vehicle as standard could eventually prevent a fifth of road deaths. We urge MEPs to back this essential life-saving measure.”

The European Automobile Manufacturers Association (ACEA) has reiterated its previous comments that it welcomes a wide array of the vehicle safety technologies being proposed but again stressed that some proposed measures would require further review to ensure a focus on the most effective solutions with the strongest positive outcome.

It added that for all measures under consideration, “MEPs should align the introduction time with product development time, allowing at least three years for new vehicle types from the date the regulation has entered into force”.

ACEA secretary general, Erik Jonnaert said: “While we believe in the huge potential of vehicle safety technology, by itself it will never suffice. We are therefore calling on policy makers to adopt a truly integrated approach to road safety; combining new vehicle technology with better road infrastructure and safer driver behaviour.”

View more information on DriverCare. The solution that works for all vehicles, now. 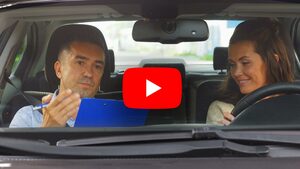 FleetMeet – Is driver safety only about mitigating risk? 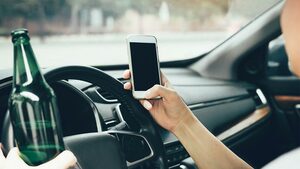 A recent client setup involved a substantial amount of time covering GDPR and data risk. This got us thinking about how much time and thought

Driving behaviour and your brand reputation

What percentage of vehicle accidents are you happy with for your fleet? We would hope that the answer is 0%. However, this is not the