2020 – Electric vehicles have come of age

Let’s put 2020 behind us and focus on the year ahead. In our opinion, electric vehicles have come of age. The the car industry as a whole has seen massive drops in sales every month during the worst months of 2020, but the EV market has continued to grow. Recent sales figures for Europe show EVs (including hybrids) outselling diesels in September and every month since.

So why the shift, and what events are helping to make 2020 the year electric vehicles came of age?

1. VW launches joins the EV race with the ID platform

Volkswagen has struggled since Dieselgate, and is now making amends with its mainstream EV plans. The ID.4 SUV sold out overnight on launch in the USA, and in Europe the ID.3 compact was already the best selling EV in October. This surpassed the ever-popular Renault Zoe and market leader Tesla’s Model 3. Volkswagen means business and is now going for the mainstream electric market. They are aiming to sell 28 million electric cars by 2028. Putting that in perspective, that would be three quarters of all cars currently on UK roads for example, and around 10% of current US motor vehicle registrations. Despite some early teething problems and software glitches in VW clearly sees how big EVs are going to be, very soon.

Tesla hasn’t actually released a $25,000 car in 2020, but the company’s Battery Day 2020 showed how it was about to enter the battery business in a big way, potentially more than halving costs by 2023/24. Batteries are the most expensive component of an EV, costing as much as a third of the entire selling price. Halving the costs of these would mean electric cars hit cost parity with fossil fuel ones, and then start becoming cheaper. This led Musk to promise a “fully autonomous $25,000 small Tesla” around 2023/24, which would mean from then on that fossil fuel cars would become the more expensive option.

VW is already discounting the ID.3 to this kind of level in some countries, MG has an SUV and a station wagon around the equivalent of this price, and in France the Renault Zoe can be had for as little as 20,000 Euros ($24,000) with all the discounts available. So the $25,000 Tesla by 2023/24 is no pipe dream. It may even be cheaper than that, and there will certainly be even less expensive options by then too.

With Tesla designing their EVs from the ground up, they have a huge technological lead over its competitors. Some say they are up to 6 years ahead of the competition. It’s no surprise, therefore, that most other companies entering the EV market have chosen to target sectors Tesla isn’t currently in. Even the luxury electric SUVs from Mercedes, Jaguar and Audi aren’t directly competing with the Model X.

And, VW has clearly aimed its ID.3 at a European mass market that Tesla won’t be entering until it releases the “Model 2”. But one company has had the courage to go head-to-head with Tesla: Polestar. The Polestar 2 is priced and specified to go directly against the Tesla Model 3 Long Range.

Its 292-mile WLTP range and some great design features show that there will be some serious competition to come for Tesla. Polestar is part of Geely, a Chinese company that also owns Volvo, the LEVC taxi company, Malaysian carmaker Proton, and Lotus. So the Polestar 2 is just the beginning of the EVs we will see coming out of China very soon.

4. The charging infrastructure is ramping up

Range anxiety as a topic seems to be going away as charging options and speed improve. The charging infrastructure still has some way to go but charge points in most developed nations are growing steadily.

However, there are still too many disparate networks that suffer reliability. In 2020, however, there have been signs that this won’t be the case for much longer. In the UK, for example, GRIDSERVE opened the first electric forecourt, which is a purpose-built charging spot with 36 chargers, dedicated retail space, and meeting rooms, so visitors can blend their charging with useful activities. The company plans to open 100 of these across the UK and has £1 billion ($1.3 billion) earmarked to achieve this goal. In the US, Volta is delivering free charging as an amenity to attract customers to retail spaces like shopping malls. Initiatives like these will change the way people think about refueling their vehicles, towards something organically connected to everyday lifestyle.

In our last article we discussed how the EU is transitioning to a cleaner low-carbon future. It is these initiatives that will help drive the switch to EVs. Transformative projects are continuing to be launched with billions of Euros earmarked infrastructure projects. The election of Joe Biden is also good news for America heading back towards promoting green initiatives.

However, while government announcements about bans focus attention, in reality no technology can persist through administrative pressure alone. Central support is essential for a reliable charging infrastructure, but there’s likely to be no need to ban internal combustion engines in 2030. By then, EVs will easily be cheaper and better – and 2020 has been the year when this became obvious.

Electric vehicles have come of age.

By the way – EVs are fun to drive!

Electric vehicles have come a long way in the last 10 years. They offer significantly more range, while making home charging and on-the-go top-ups even easier and faster. In fact, the line between electric cars and their petrol or diesel equivalents is now so blurred in terms of usability, there really is little difference.

The key difference between ICE and EV’s that most people agree on, is that EV’s are an absolute joy to drive.

Next-generation electric motors are more powerful and responsive. Handling and improved weight distribution also adds to the feeling of a safe and planted drive.

Powerful regenerative braking recharges your battery as you decelerate, and in some vehicles you can actually drive with one pedal. This new way of driving means you can focus on the road, without the distractions of clutches or shifts. This is all very seamless and very intuitive. In fact, driving ICE vehicles after an EV feels like you are going back in time 10 years.

Any perceptions of an EV being ‘boring’ will vanish the moment you get behind the wheel.

PrevThe fleet procurement process and the shift towards EV
Are you still concerned about battery range?Next 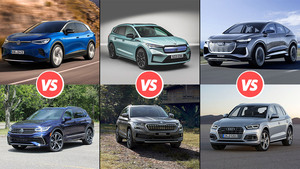 Volkswagen, the world’s largest producer of fossil-powered vehicles (by revenue), has just presented a graphic comparing its diesel offerings to its electric ones. Comparing offerings 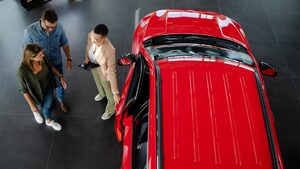 Most discussions we have now tend to focus on fleet strategy and how to plan for fleet electrification. Many people who are responsible for fleet

2021 is becoming the tipping point for fleet electrification. Multiple reasons ranging from BiK incentives to increased model choice and the countdown to the 2030