How will your company prepare for self driving vehicles?

Self driving vehicles should reduce the number of accidents. The sensors that are already present in cars today provide extra ears and eyes and contribute to safer traffic. In a further evolution, cars will also communicate with each other. They will drive closer together and determine the distance to their vehicle ahead. Thanks to the direct interaction and exchange of information between vehicles, road signalling and the traffic lights drivers or the vehicles themselves will be able to anticipate traffic situations in time.

In a transition phase, in which both the safe autonomous driving vehicles will have to share the traffic with the unpredictable, unsafe human drivers, it is taken into account that this will mean an increase in the number of accidents.

In addition, the perception of the self-driving vehicle is much wider, and its responsiveness is immensely faster. Automated response to an event is within 0.00001s, while a normal driver needs 0.5s to respond.

In terms of numbers, parking damage is the most common, but they will almost disappear because vehicles will park themselves on sensors at pre-designated locations. In a next phase in which we will migrate to predominantly car sharing forms, the need for parking will drastically reduce because vehicles will be constantly in use.

The self-driving vehicle will also follow the legal requirements of the road code more accurately and the on and off board technology and connections with the various systems will make it easier for the police to detect possible traffic violations and to intervene. This will, for example, drastically reduce the number of disputes that are currently settled through the legal assistance insurer’s.

Sensors that are installed in all vehicles may have also secondary applications – such as improvement of weather forecasts, detection and prevention of crime, detection of fugitives, infrastructure conditions (such as damaged road surfaces). This data is then sent to the various companies who can then take faster and more targeted action to increase driver safety.

On the other hand, it should be kept in mind that the average cost per claim is likely to be higher than it is today in terms of repairing material damage as a result of the expensive technology that is present in the bumpers, bodywork, headlights, the dashboard etc.

What are the Autonomous driving levels 0 to 5?

Level 1: This driver-assistance level means that most functions are still controlled by the driver, but a specific function (like steering or accelerating) can be done automatically by the car.

Level 2: In level 2, at least one driver assistance system of “both steering and acceleration/ deceleration using information about the driving environment” is automated, like cruise control and lane-centering. It means that the “driver is disengaged from physically operating the vehicle by having his or her hands off the steering wheel AND foot off pedal at the same time. The driver must still always be ready to take control of the vehicle, however.

Level 3: Drivers are still necessary in level 3 cars, but are able to completely shift “safety-critical functions” to the vehicle, under certain traffic or environmental conditions. It means that the driver is still present and will intervene if necessary, but is not required to monitor the situation in the same way it does for the previous levels.

Level 4: This is what is meant by “fully autonomous.” Level 4 vehicles are designed to perform all safety-critical driving functions and monitor roadway conditions for an entire trip. However, it’s important to note that this is limited to the “operational design domain (ODD)” of the vehicle—meaning it does not cover every driving scenario.

Level 5: This refers to a fully-autonomous system that expects the vehicle’s performance to equal that of a human driver, in every driving scenario—including extreme environments like dirt roads that are unlikely to be navigated by driverless vehicles in the near future.

Self driving vehicles are linked to alternative powertrains and require strong and well established communication lines and a safety culture to fully embrace the benefits. Are you ready for this? How can we help you? 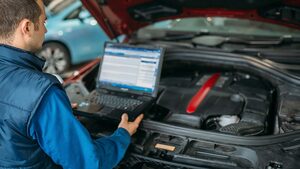 Based on a recent study Fleet360 carried out on the TCO effect of ADAS, we can conclude that the business case for a fleet owner 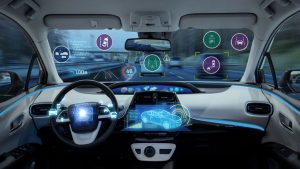 The Impact of ADAS on vehicle repair costs 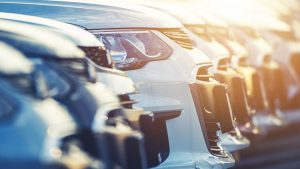 Can I reduce insurance spend during COVID-19?

Given the quarantine measures of the last 2 months we have seen a significant fleet mileage reduction for many companies. The question now surrounds insurance